I’ve been getting very irritated lately by what people are passing off as “edgy” or “raw” social media content. 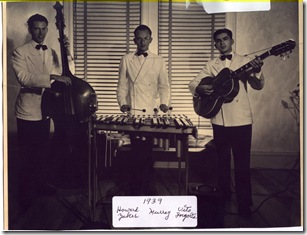 When my Dad was alive and playing the vibes, he played with four mallets (see photo), and sometimes hit what you could politely call “a clinker.” He liked to call them “open inversions.” That’s a euphemism for hitting the wrong notes.

You hear a similar euphemism when someone doesn’t know how to manage their content properly, doesn’t want to admit they don’t know it, and doesn’t want to pay someone with the appropriate skill-set to do it correctly for them. They tell you that it is the style of social media to be raw and unedited.

That means we have to suffer through unedited, shaky, badly focused, badly lit handheld videos and indecipherable audio because of this social media “open inversion.”

Sorry, I just don’t buy it.

And neither should companies with social media stars in their eyes, simply because their PR department just met someone who owns a cheap pocket video camera.

I decided to rant about this in some detail because the excerpt of Jaron Lanier’s new book (subscription may be required), You are not a gadget, which appeared in the Wall Street Journal, hit a chord with me.

To anyone who’s been online for more than 10 years, you may recall that Lanier

was one of the leading rock stars of the virtual reality developers in the early 1990s. He was often pictured in news stories with his wild dreadlocks, wearing a VR glove on one hand, a la Michael Jackson. VR was going to be used in all sorts of applications including visualizing opportunities in foreign currency markets.

What Lanier now thinks and writes, well, it just hit me between the eyes.

…I was also part of a circle of friends who tried to imagine how computers would fit into the peoples’ lives, including how people might make a living in the future. Our dream came true, in part. It turns out that millions of people are ready to contribute instead of sitting passively on the couch watching television. On the other hand, we made a huge mistake in making those contributions unpaid, and often anonymous, because those bad decisions robbed people of dignity. I am appalled that our old fantasies have become so entrenched that it’s hard to get anyone to remember that there are alternatives to a framework that isn’t working.

Here’s one problem with digital collectivism: We shouldn’t want the whole world to take on the quality of having been designed by a committee. When you have everyone collaborate on everything, you generate a dull, average outcome in all things. You don’t get innovation.

It’s mostly in the emerging online video area where this trend to collectivism and dull outcomes bugs me.

A lot of people have bought Flip cameras and know how to push the big red button. Most of them know very little about what should come next, and so they upload raw, unedited footage on the web, to the applause of their even-more-clueless friends who don’t know how easy pushing the buttons is.

A few weeks ago I got a blast email from a very prominent social media monitoring firm announcing that they had posted on their beautifully designed website some videos they shot at the PRSA International Conference in San Diego.

On this beautiful website, there were two videos, one of a panel program and the other of interviews recorded at their exhibit booth.

The panel program began with nearly four minutes of people sitting, saying nothing, and shuffling papers. At about 2:30 of the video, someone walked to the podium, dropped his papers, and sat down.

Let me make that clearer.

This company thinks it’s your responsibility to bypass nearly ten minutes of video showing nothing but two empty chairs before you see the interviews.

In an era when every Mac comes with iMovie, and Windows editing software for video can be had for $100 or less, this is appalling laziness. No titles, no voice over telling you what you’re going to watch, ten minutes of empty chairs.

I didn’t immediately blog-to-embarrass the company. I wrote to the company president and suggested they could do better.

He bucked it to his marketing person, who immediately got defensive and said they were filming in what she called a “feet-on-the-street” style, and they were working with an outside multimedia company to produce it this way. She accused me of suggesting they produce a television commercial.

What we did must be the right thing, she suggested, because we are getting lots of visitors to the page. (She didn’t tell me how many visitors actually had the patience to watch the videos.)

Here’s an excerpt of my response to her.

I’m absolutely not advocating that you should make your videos look like heavily produced commercials or network content.  But I do think it is appropriate to take some professional pride in how the finished product represents your brand, and frankly, these videos don’t represent your brand well at all.

First of all, I strongly disagree with your perception that a “feet on the street” video should have no postproduction editing at all.

Why do you think it’s appropriate to make your audience work so hard to digest your content? Some social media guru pontificated to you that social media videos need to be “raw and spontaneous.”

Even if you don’t want to pay a professional to clean it up properly, fix the color balance, contrast, focus, etc., it’s very simple to throw this video into a cheap nonlinear editing package costing less than $200 and edit out the beginning of the panel where no one is talking for nearly four minutes.

Why do you think it’s OK to force your viewers to fast-forward through the dead space? Why not just cut it out?

You can put a simple title up that tells people what they are going to see, who is in it, and when it was recorded.  Make it easy for the audience to engage.

You could even put a voice over on it to say “Welcome to our video of the PRSA panel, blah blah blah” and at least they would not have to work so hard for the content.

Same thing on the second video.

Why in the world do you think it is acceptable to throw completely raw video on your site and tell people, oh, just fast forward through ten minutes of empty chairs (it’s “feet on the street style” — no one will care that we didn’t even edit it.) This is the difference between professionalism and not knowing how to manage the medium properly.

You are lucky that the content is useful to people and they are willing to put up with all the dead stuff to get to the good stuff.

It
‘s just very surprising to me that a company like [name redacted] would spend hundreds of thousands of dollars on your products, your marketing materials, your website, your logo, your branding, and then have such a casual attitude when someone questions the quality of your videos.

Whether you believe it or not, these give people an impression about your brand, and the raw, unedited nature of them makes them look slipshod.

Take a look at the PR videos that Ragan Communications produces. They have a beginning title and an end title. They do not look like commercials, but they are polished.

I can only imagine that the multimedia firm you’re working with is doing very well from your business, since you apparently don’t ask them to do much except point the camera (from strange angles) and press record.

In an era when starving journalists can’t afford NOT to learn how to shoot, edit, and post-produce video, this respected journalism organization posted videos from its seminar shot by automated cameras in the classrooms set to start recording at a specific time whether anyone was speaking or not.

The resulting series of videos is accompanied by web notes saying things like “this lecture starts after 22 minutes and 48 seconds.”

So when I saw Jaron’s excerpt in the Journal, I posted a short rant on Facebook in support of his philosophy. I suggested that too many people wanted too many other people to work for too little money, or for free.

One of my friends commented that “it depends.”

I’m all in favor of giving advice, help, pointing to resources. That’s an important part of the ethos of cyberspace since the days of shareware distributed on BBSes.

But too many people expect too many other people to produce work for little or no compensation, for the glory, to be known as a social media “rock star.” That doesn’t pay the bills.

There are tons of freelance writing “websites” where you have to write three posts a week , but they don’t pay you anything unless you get 1,000 page views.

There are podcast advertising “buys” that require three or four hours of production work in each episode for about $20 per quarter in total revenue. You’d be better off flipping burgers at McDonald’s.

Everyone has a cell phone camera, and no one wants to pay a professional photographer a living wage. Look at the unrealistic ads on Craig’s List asking for someone to shoot a wedding for eight hours in return for $50 and food.

The worst part is that if you don’t want to do it for free or low pay, they do it themselves – badly — and then call themselves “experts.”

Just like the multimillion-dollar social media monitoring company and the journalism seminar that can’t be bothered to edit the videos they post.