I was meeting a new business connection for coffee in the Barnes & Noble store near Deptford, NJ a couple of weeks ago, and while I was waiting for her, I saw a father and his young son in the cafe taking their food order to the table. 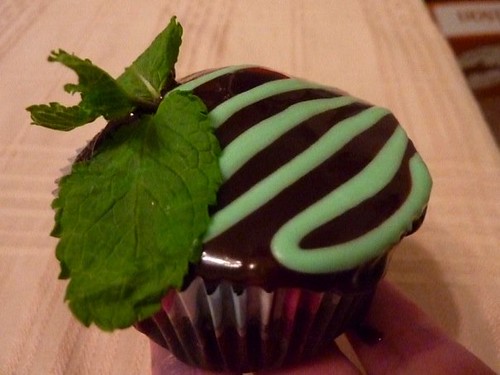 It was a mid-week morning, and on their tray was a toasted bagel and butter and a chocolate cupcake with chocolate icing.

It reminded me of when my dad used to go to the bakery and the newsstand on weekends and come home with hard rolls for him and my mom, and chocolate cupcakes for me.

Do not ever assume you know what is happening.

When they sat down, the dad passed the bagel across the table to his son, who started munching happily while the dad enjoyed the cupcake.

It continues to disturb and frustrate me that people who position themselves as experts in something get press coverage or blog space and then use it to completely misunderstand the space in which they claim expertise.

There have been lots of blog posts and even some news articles recently suggesting that only people in their 20s understand “social media” (you know, the online networking sites like Facebook, MySpace, LinkedIn, and the blogs, and Twitter,and all that other stuff.)

I am really offended by the theme of these blog posts and articles. In the Chicago Tribune piece, some young professional suggested that younger people can teach older professionals about social media because, for one reason, they use AOL’s Instant Messenger client eight hours a day.

I’m going to say it explicitly here. I posted these comments on both the PRSA blog post and on the Chicago Tribune site, but I think I need to say it here too.

Just because someone is young does NOT mean they understand “social media” or some other technology better than someone with a few more years in the business.

I’ve had an email address on my business card since 1988.

I started participating  in online conferencing and networking through CompuServe in 1984 when high-speed connections were 1200 bps modems.

I’ve been counselling my various senior managements and clients  about the Internet since the early 1990s.

Did I mention that I graduated from the University of Phoenix’s online MBA program in 1994, long before any major university even considered having a course or two online? 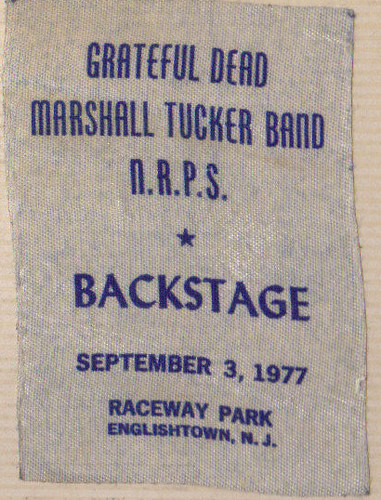 Even earlier than that — possibly even before the parents of some of these 20 somethings were out of diapers — in 1977 I was one of two reporters (for the record, Bob Williams, still an editor at the Asbury Park Press was the other one) who lugged a 60-pound “portable” computer terminal onto a helicopter to be flown into a Grateful Dead concert where we filed our stories by connecting that terminal to an acoustic modem coupler and then placed the telephone handset into the coupler to do the transmission.

I also remember mimeographs and Group 1 fax machines that took 6 minutes a page and you had to manually insert the thermal paper one page at a time.

The leading technologies of their day!

We used to hate it when Congressman Jim Howard’s press secretary would call the newspaper to fax us a three-page press release that would tie us up by the machine for 20 minutes – if all the pages came through on the first try without disconnecting.

My age doesn’t make me incapable of understanding new communications channels when they come along.

My 20-something children make fun of me because I use Twitter — they don’t use it at all, and my youngest daughter (age 20) has very little interest in posting on Facebook.

And if these so-called social media experts would bother to do a smidgen of research, they would know that the fastest adopting demographic on Facebook from September 2008 to February 2009 was overwhelmingly women over 55.

Do you really think the best equipped group to communicate with that demographic are 20-somethings?

So much for the millenials being the key to PR nirvana in the social media, huh?

Juliane Jones, a singer-songwriter who just received a Ph.D. in ethnomusicology, is our guest on Program #38 of the Middle Chamber Books and Music Podcast. Juliane talks about her specialization in Chinese operatic music, and [Read more…]

NAPL, the trade association for excellence in graphic communications management, is pleased to present Episode #11 in a series of podcasts reporting “live from the scene” about the activities and speakers at NAPL’s Top Management [Read more…]

Middle Chamber Books Podcast #4, May 22, 2006: Susan Werner, a singer-songwriter based in Chicago, has been getting a lot of buzz in the blogosphere for her free MP3 download, “My Strange Nation,” a love [Read more…]