In June, the International Association of Online Communicators (IAOC) held its international conference in Reykjavik, Iceland. In October, the Icelandic economy collapsed, the three largest banks were nationalized, and tens of thousands of Icelanders found themselves unable to withdraw money from their savings accounts to pay for ordinary expenses. Mortgages and car loans written in foreign currencies became impossibly expensive, and the country’s government went hat in hand to the International Monetary Fund and even to Russia for foreign aid. 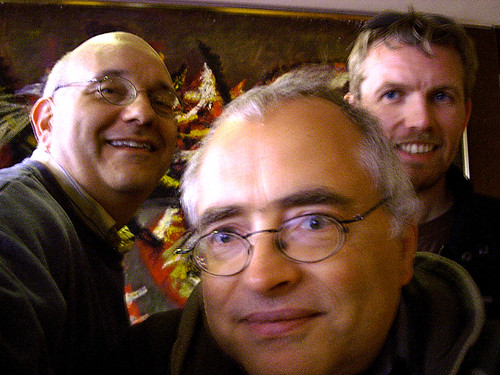 In the Fall-Winter 2008 issue of Attitudes, the semi-annual color magazine of the Jewish Federation of Southern New Jersey (on newsstands in early November), I’ll have an article about Iceland as a travel destination.

Download a PDF of the article here: Attitudes-Iceland November 2008

In this podcast conversation with Hjörtur Smárason, we update the economic situation in Iceland and talk about how Icelanders are coping with their changed status. Hjortur is an Icelandic social media and marketing consultant who also authors several blogs in Icelandic, and one, Marketing Safari, in English. Recently, he’s focused some of his blogging on the emotional and economic impact of the credit crunch on Iceland.