Traditional photojournalism is racing to embrace the tools of the online world, and participants in the National Press Photographers Association’s “Northern Short Course” (last month in New Brunswick, NJ), learned about the practical aspects of creating content that lives beyond the printed pages of a newspaper.

NPPA (http://www.nppa.org/) is a professional organization for photojournalists that provides training opportunities like the Northern Short Course all over the country, and photographers by the thousands are signing up to learn the newest ways to tell compelling stories with dramatic images. 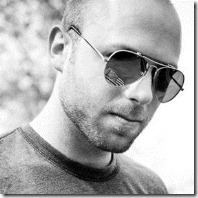 Zach Wise (left), a multimedia producer at the New York Times, showed examples of the kind of multimedia online journalism that the Times is commissioning. What’s most impressive is that photographers who used to be expected to create individual still images for the print paper are now creating video essays and slide shows with the production quality of Hollywood documentaries and feature films. 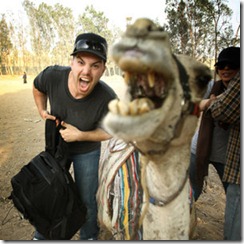 Mohtaseb (left) used a new Canon digital single-lens reflex (DSLR) camera that also can record HD video, and an accessory called a Kessler Pocket Dolly that attaches to a standard tripod. It allowed him to achieve some remarkable sequences in the video where the camera moves fluidly across the action in the frame, just like you might see in a feature film.

Wise also showed some projects that involved close collaboration between reporters for the traditional printed New York Times and their multimedia colleagues. The feature package, “Memories of Sugar Hill,” describes the evolution of a specific neighborhood in Harlem, and tells the story of a vibrant cultural life in the Sugar Hill neighborhood through words, pictures, videos, and sounds of the people who lived there.

Zach also featured the fine documentary “The Archive,” by Sean Dunne, profiling the owner of the world’s largest record collection.

A final example of the new kinds of output from Times photojournalists was the trailer video for a new documentary, “Battle for Hearts and Minds” produced by videographer Danfung Dennis (http://bit.ly/cwKz9H).

Battle for Hearts and Minds Trailer from Danfung Dennis on Vimeo.

Another video series Wise didn’t mention, but which is also pretty amazing, are the 360-degree video tours of Haiti on CNN’s website (http://bit.ly/998jVu).

You can use your mouse to turn the camera around 360 degrees and watch in all directions as a truck carrying the camera navigates the streets of Haiti’s devastated capital, Port-au-Prince. There are four other videos made this way, including a walking tour and drives through various neighborhoods. 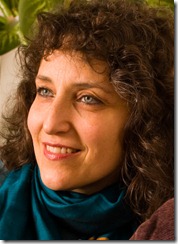 In another workshop, Paula Lerner (left), a Boston-based photojournalist, showed her multimedia slide show, “The Life and Death of Sitara Achakzai,” an Afghan woman living in Kandahar who organized other women in Kandahar into an embroidery collective to produce and sell their needlework and gain some economic control over their lives.

Lerner photographed and interviewed Achakzai over a two year period, and talked about how she learned the devastating news that Achakzai had been assassinated by the Taliban. Lerner’s photo/audio essay was broadcast on PRI’s “The World,” and now resides on her website (http://bit.ly/c6X6Od).

The Life and Death of Sitara Achakzai from Clark Boyd on Vimeo.

Not mentioned at the conference, The Washington Post has a series of video vignettes called “Scene In” on the Arts and Living section of its website that are delightful. Episode 13 of the series, “Easter,” interviews African American women attending Shaw’s Shiloh Baptist Church in Washington about the tradition of wearing their “Sunday best” to church (http://bit.ly/bKHh0F). Other episodes in the series cover Washington’s Union Station, a holiday party held by a lobbying firm, and activities on the Georgetown waterfront.

What’s clear from all of these efforts is that photography and videography are benefitting from the dramatic improvements and advancements in web technology and the ability to design and distribute still and moving images as part of broader content modules.

Web designers, writers, editors, and image professionals are working together more closely than ever before to produce projects that offer context, supplementary information in the form of animated graphics, charts, diagrams, maps, and other tools, and the sights and sounds of the things that make news in our world.

When FleetBoston Financial Corporation acquired Summit Bancorp of Princeton, NJ in October 2000, Steve was vice president/director of corporate communications. He and his team of communications professionals developed news angles on the merger story to [Read more…]

LOC Podcast: Preparing for the DNC – The Right to Photograph and Record in Public, NPPA/SPJ Seminar

In this installment of the Lubetkin on Communications Podcast, we present a panel discussion recorded July 12, 2016 at Temple University in Philadelphia. The panel, co-sponsored by the National Press Photographers Association (NPPA), the Society [Read more…]