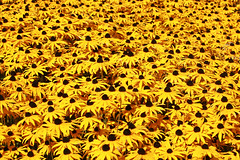 The most disturbing news of the past two weeks has been the revelation that a legendary public relations agency, Burson-Marsteller, tried to run an advocacy public relations campaign for client Facebook that was intended to spread negative opinion articles about Facebook’s real or imagined rival, Google.

It’s a black eye for those of us who practice principled, ethical communications on behalf of our clients. And it’s time for us to say, “Enough!”

Apparently, B-M tried to get bloggers and journalists to write articles about privacy issues Facebook believes are raised by some of Google’s offerings in social networking. The plan backfired when a journalist did his job, asking questions about who was funding the B-M pitch.

Companies often advocate for particular positions against the advocacy of their competitors. The difference here is that the Burson people working this assignment tried to conceal the identity of their client from the writers they approached.

In this highly connected age, you can’t keep a secret like that for very long — which makes me wonder what made them even try — and the journalist who didn’t get a good answer to the “who hired you?” question published the email correspondence with B-M detailing the stealth pitch.

I spent a long time working in the corporate PR trenches, and I continue to be appalled by practices like this. In the mid 1980s, as a corporate communicator for Conrail, I worked on a campaign of grassroots advocacy arguing that Conrail ought to be given a chance to stand as an independent company.

We were engaged in a political battle with the Reagan Administration over the privatization of Conrail.

Never once did we try to conceal our identity in our advocacy.

Many of the op-ed articles we promoted carried the bylines of Conrail senior executives. Some of them even carried mine. We got criticized for opposing the will of our majority stockholder (the US Government) but we never got accused of misrepresenting or hiding who we were. You can read more about this campaign in my 1995 article in Public Relations Strategist magazine.

Refusing to identify the client behind a pitch, or trying to conceal it, clearly seems to be violations of the canons of ethical behavior that our profession has tried to promote.

The blowback from this fiasco damages the reputations of all PR practitioners, because the public assumes that this is standard PR practice.

It is not, but those of us who practice public relations with standards as our guidepost need to redouble our efforts to educate clients and the public about right behavior.

I was very pleased to see that my friend Rosanna Fiske, APR, Fellow, PRSA, the highly principled 2011 chair of PRSA, took a strong stand against Burson’s behavior, both in media interviews and in an op-ed for PR Daily. I have been pleased to see hundreds of practitioners weighing in with their own disdain through blog comments and even posts to Burson’s Facebook page.

But we need to do more to demonstrate that not all public relations is about going to parties, “spinning” or manipulating the news, or about placing products in the hands of celebrities. We need to do a much better job of explaining how we communicate on behalf of clients and companies we work for.

Despite our best efforts to advocate for ethical standards as an industry, there are still many people who call themselves PR professionals who don’t even belong to one of the major professional organizations in our industry like the Public Relations Society of America or the International Association of Business Communicators.

It was shocking to learn from Rosanna’s op-ed that only 14 of Burson’s 2,200 employees are even members of PRSA and theoretically subject to that organization’s Code of Ethics and Professional Standards. I suspect that there are even fewer members of IABC at the agency. (IABC’s Code of Ethics is here.) For an organization that promotes itself as a global leader in the public relations industry, it is deeply disappointing that B-M doesn’t have a core cultural commitment to professional development for its employees that involves belonging to their professional organizations. Why not?

A further problem the industry must confront is that our ethical codes are merely aspirational. There is no enforcement of any kind for violations, only the kind of public scorn that comes from disowning the behavior of miscreants.

It is deeply disturbing that Burson’s response to this scandal has been to announce that the two practitioners involved will be given “additional ethical training.” These people were in highly compensated senior positions with B-M. One of them was a former network news journalist. They should have known better. They should have stood up to the client and said “No.”

They should have been role models for junior staffers. The message this debacle sends to young practitioners is that there are no consequences for bad behavior.

It’s important for the public to know we communicators have these kinds of standards available to us. Once they demand that the profession adheres to these standards, we can gain the kind of credibility and trust that right now we only can wish we had earned.

Even practitioners who are not members of PRSA and IABC can pledge to abide by the codes published by these organizations. Since I started my consultancy in 2004, I have specifically written adherence to the PRSA Code into my contracts with clients, and I make it a point to advise them how to communicate with their intended audiences in ways that are consistent with that code.

Accreditation demonstrates a commitment to standards

Secondly, practitioners should demonstrate they are serious about being recognized by their peer organizations as a professional. That means preparing for, and taking, the credentialling examinations offered by PRSA and 12 partner agencies (the “Accreditation in Public Relations” exam, or APR) or the “Accredited Business Communicator” credential offered through IABC.

What do you think?

If you have committed to a Code (IABC, PRSA or other) in your contracts, or if you feel strongly about credentialling for public relations professionals, leave a comment here and let me know!

In this episode of the Middle Chamber Books Podcast, we speak with Ilise Benun, author of The Art of Self Promotion. Ilise will be the featured speaker on Tuesday, May 5, 2009, at the River [Read more…]

In episode #45 of the Lubetkin on Communications podcast, we present an in-studio conversation with Louis J. Grossman, APR, principal of Grossman Public Relations Counselors LLC, of Yardley, PA.

In this podcast we present the PRSA Philadelphia Chapter Kickoff Meeting for 2007, featuring chapter officers explaining the value of a PRSA membership, the programming planned for this year, and special focus on host committee [Read more…]