One of the things that really scares and worries me about this whole blogging thing is this:

One emotionally needy ("no one has written about me in a while, let’s stir something up") blogger, who happens to have a wide readership because of her "bully" pulpit of a syndicated column, can bring a decent company and an awfully nice spokesperson to their knees.

I’m talking about Michelle Malkin (usually given the title "conservative columnist") and her attach on Dunkin’ Brands and Rachel Ray.

You may have seen news stories that Dunkin’ caved in to Malkin’s unprovoked and unfair attack and withdrew a series of ads featuring Rachel Ray wearing a scarf with a black-and-white paisley design.

Having nothing better to do, and absolutely no facts at her disposal to support the allegation (remember when Sen. McCarthy declared "I have here in my pocket a secret list of Communists"?) Ms. Malkin decided that Rachel Ray’s scarf bore a resemblance to the kaffiyeh, the patterned headgear favored by some terrorist leaders.

Come on, people. Have we totally lost control of our ability to sort out the facts?

This is a kaffiyeh:

Here is a photo of the most prominent terrorist leader wearing a kaffiyeh: 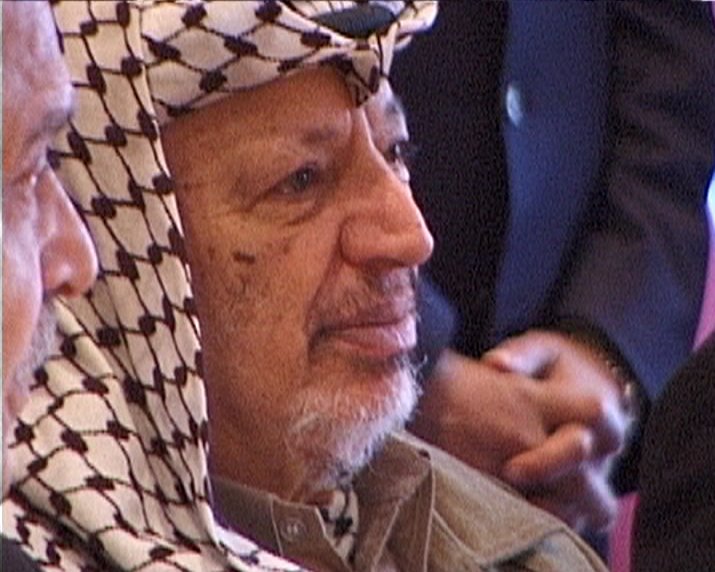 And this is Rachel Ray wearing "the scarf." 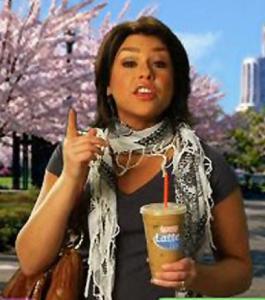 They are obviously and distinctively different, and reasonable people would see that just by looking at the photos.

It only took me 10 minutes (probably less) to find these images using Google.

So the serious, important question is this:

Why do we act like sheep and let people like Malkin spew their nonsense without challenging it?

Why didn’t any news media people compare the images, and question Malkin’s sanity?

Remember, she is also the same bloggoterrorist who once suggested prosecution for anti-American statements by Jill Carroll, the Christian Science Monitor stringer kidnapped in Iraq and forced at gunpoint to those statements while in captivity.

Aside from the fact that Malkin didn’t lose her juicy syndicated column contract over that outrageous attack, why does the news media still give any shred of credibility to anything she says?

Why do we have a media firestorm over the allegation and no one, NO ONE, standing up to say clearly and without hesitation:

Dunkin’ Donuts and Rachel Ray didn’t do anything wrong.

The charge is bogus, and Michelle Malkin’s news syndication service should be ashamed that they give a channel to this kind of witch-hunting masquerading as journalism.

Let’s be very clear: The person who is wrong here is not Rachel Ray. Dunkin’ Donuts is also not doing anything wrong.

The one who’s wrong — once again — irresponsible bloggoterrorist making the allegation without any foundation and for no other reason than to stir the waters of controversy and get her name mentioned.

The ones who are guilty, however, are the journalists who dutifully report Malkin’s crazy assertion and conclude that they have done their jobs by merely reporting what she said accurately and what the other side said in response — accurately.

There is an obligation to report the truth, and that means reporting skeptically about the original assertion when it is easy to prove that the assertion is wrong. This is the same failure of the media when Joe McCarthy brandished his fictitious "list."

And it demands that we ask the same question of Michelle Malkin that Joseph Welch, head attorney for the US Army, asked of Joe McCarthy toward the end of McCarthy’s reign of terror: